WW1 Armistice Exhibition - After the war

The Armistice did not mean an immediate return to civilian life, regulars who were fit had to complete their agreed period of service. Volunteers and conscripts wished to go home immediately but clearly it was impossible to process so many men immediately.

At the time of the Armistice the War Office was reluctant to release any men preferring to wait until a Peace Treaty was signed. However, there was so much unrest among men anxious to return to civilian life and such an urgent need for men required in key industries needed for rapid economic recovery that release began as early as January 1919 well before the Peace Treaty was signed.

Men with scarce industrial skills were released swiftly and those who had volunteered early in the war were given priority treatment, leaving the conscripts -particularly the 18-year olds of 1918 until last.

Most discharged men were put in Class Z Army Reserve. 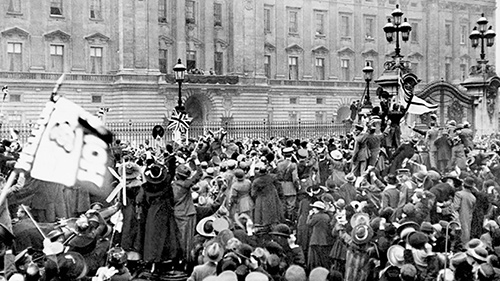 Grievances over what were perceived as unfairness in the de-mobilisation system gave rise to several disturbances.

There were minor mutinies in British Army camps in both Calais and Folkestone,3000 men took part in a demonstration in Central London.

More serious trouble often involved soldiers from the Empire who were often kept waiting for long periods until transport could be arranged. In March 1919 Canadian soldiers in Rhyl mutinied and order was only restored after several deaths. A few months later Canadian soldiers rioted in Epsom and broke into a police station killing one policeman

In Cardiff and Liverpool in June 1919 race riots occurred. The local white population clashed with black workers and seamen who it was felt had taken their jobs. In Cardiff in particular white ex-servicemen, including Australians stationed in the area, headed lynch mobs terrorising the black population. The trouble lasted over a week leaving three dead and dozens injured.

As late as 1920 the Army was making plans in the event of Soviet style government being set up in Liverpool. 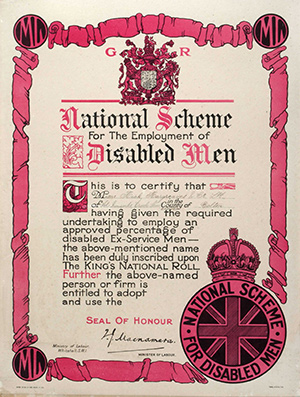 Many employers kept jobs open for returning servicemen and actively encouraged them to rejoin their businesses by placing adverts in local newspapers stating that their jobs were still open to them.

Other businesses however were reluctant to employ ex -servicemen fearing that may well be re-conscripted. It was initially only an Armistice not Peace. This was such a problem that the War Office had to publish a document to clarify the discharge terms of servicemen to re-assure employers

Some women who had taken up men’s jobs during the war were reluctant to give them back to returning servicemen.

To assist disabled servicemen to find employment in 1919 the government set up a scheme to persuade businesses to ensure that at least 5% of their employees were disabled ex-servicemen. Any business participating was allowed to display a Seal of Honour.

Discharged and de-mobilised personnel joined various groups for mutual support and to represent their rights. Initially the authorities viewed some of the groups formed with suspicion, they were well aware not only of the disturbances caused in Germany by returning soldiers but also principally of the Bolshevik Revolution in Russia

The main support groups were:-

Prior to leaving his unit each serviceman would be medically examined and issued with documentation.

The documents were designed to achieve several purposes: 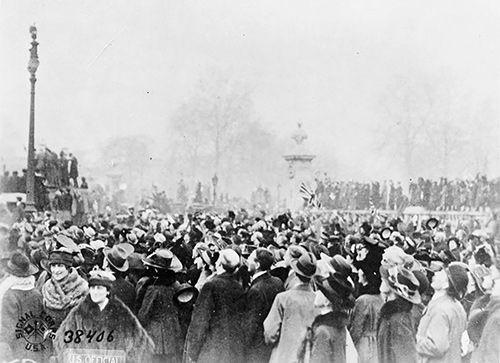