By 1915 Germany's best chance of victory lay in starving Britain into surrender through a naval blockade, so the country had to become more self-sufficient in food. 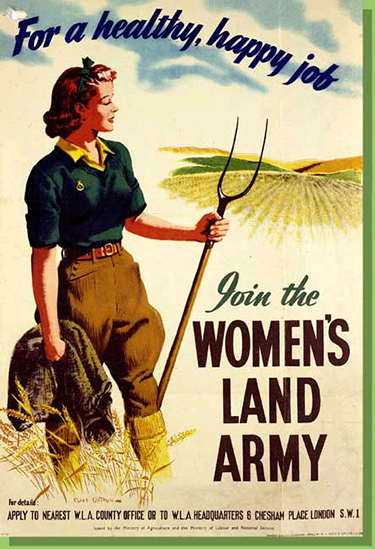 At the start of the war Britain produced just 35% of the food it ate. So the work of the Women's Land Army, which was established in 1915 to alleviate severe labour shortages in agriculture, was vital in the Allies’ victory.

While the formation of the Women's Institutes in Wales helped conserve food, it was the Women's Land Army (WLA), or Land Girls, who took on the task of producing it in the first place.

However, it was from 1917, when the country was on the verge of starvation, with only an estimated three weeks food supply left in the country, that urgent action was needed and 200,000 women were signed up to work on the land and in Women’s Forestry Corps.

Also, many land girls arrived at farms full of enthusiasm but found their male employers sceptical about their abilities. The WLA was disbanded in 1919, only to be reformed in June 1939 at the outbreak of WW2.